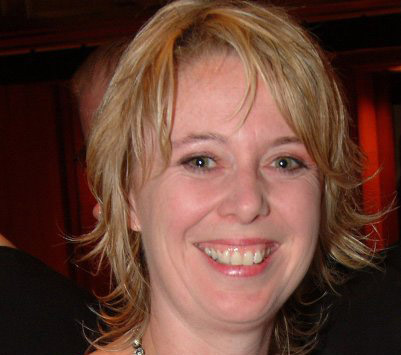 I happened to be in the water, and I asked to come out and serve me there! There have also been sad times, regretful times, and obviously stressful times. It came from playing a Trader profile game, when I was a Supporter profile, with a Supporter profile husband.  As it turns out ?loosing everything? (which was actually gaining clarity) and having to do things such as eat lentils to bulk out food, was the best thing that ever happened to us. It made us appreciate what we did have. We were still married, we were healthy, we lived in a safe and clean country and had a beautiful little girl who was happy and healthy. Those things are hard to change if they go wrong. I would rather money problems than health problems any day.

Getting an understanding of financial planning was critical. Attending the Wealth Dynamics Boardroom Club helped me turn around a cash flow of -$8000 per month in 2008 to positive cashflow of +$3000 per month in 2011. 25% of our income is now positive cashflow. The two key people in my boardroom club were Sheryl Glasse and Kenina Court, and we met for 3 years.  In 2009, It drove me back to my life career as Instructional Designer, Learning Consultant and Trainer, where I have gone on to build a well known reputation in New Zealand in this industry. This bought me income that would put me in the top 1% of earners in the country. It allowed me to shine in field. It was however exchanging time for money, and I was working out of the city of my family weekly and was getting tired.  The other 2 pieces of advise I took from Wealth dynamics was ?wealth = value times leverage? and ?Supporters should find a Creator to support?. I had a huge network of people doing what I was doing, from all the contract project work I had been doing. So I asked my self, ?how can I leverage what I am doing? and ?who could I approach to help them create more cash flow in their already successful business?.  It turns out recruitment companies was where I was headed. (Just like the book ?Your Life, Your Legacy? suggested and I had always resisted!)  Before Wealth Dynamics I would have run off to try and set one up, slowing the process and probably failing as there was little capital or knowledge for set up on my own.

So I am happy to say, the first recruitment company on my list, did their due diligence, and we are now business partners. Them money, me with time. We are set up and ready to launch when I get back from our 3 month Bali trip in July. He is a very clever entrepreneur, and I am learning so much from him. Timing was also crucial. He made a comment to me that if I had approached him a year earlier, the timing wouldn?t have been right.  I had a handful of friends also lost everything. Those who don?t understand Wealth Dynamics, just can?t seem to move on, and are stuck, sad and broke. It was the XL members and ones who understood Wealth Dynamics, who are back on track and making things happen again. That?s because there is true magic and power in the knowledge of Wealth Dynamics?..if you choose to apply it.